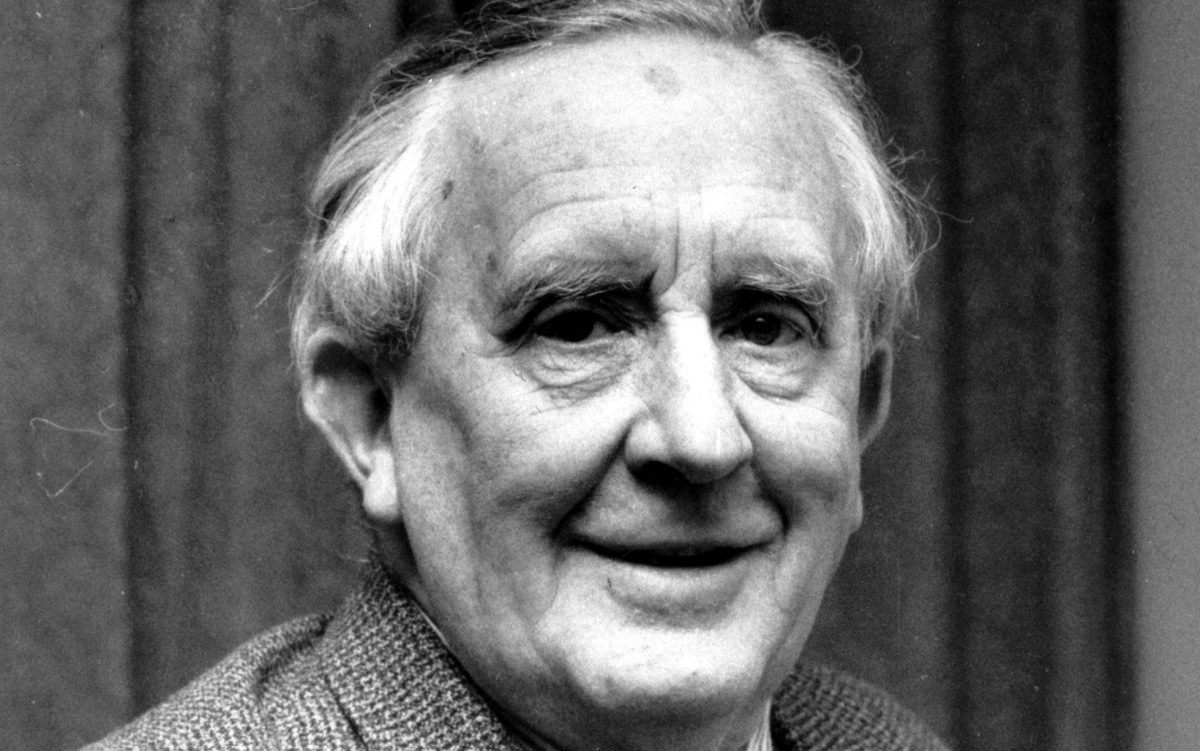 In 1938 publishers Rütten & Loening wanted to translate J. R. R. Tolkien’s The Hobbit into German. Tolkien’s British publishers, Stanley Unwin, were keen to do business with the German publishing house. There was just one hurdle. In July, the Germans wrote to Tolkien (3 January 1892 – 2 September 1973). They had a question. Could he prove his Aryan blood?

Rütten & Loening was formed in Frankfurt by German Jews, Joseph Rütten and Zacharias Löwenthal, who later called himself Karl Friedrich Loening. The company’s first big success came in 1845 with publication of children’s book Der Struwwelpeter by Heinrich Hoffmann. In June 1936 then owners Wilhelm Ernst Oswalt (Rütten’s nephew) and Adolf Neumann were ruled to be in breach of Germany’s wholly racist Nuremberg Laws. Although Oswalt had converted to Protestantism and baptized his sons Heinrich and Ernst, the Nuremberg Laws defined them as Jews. And Jews were not permitted to publish books. 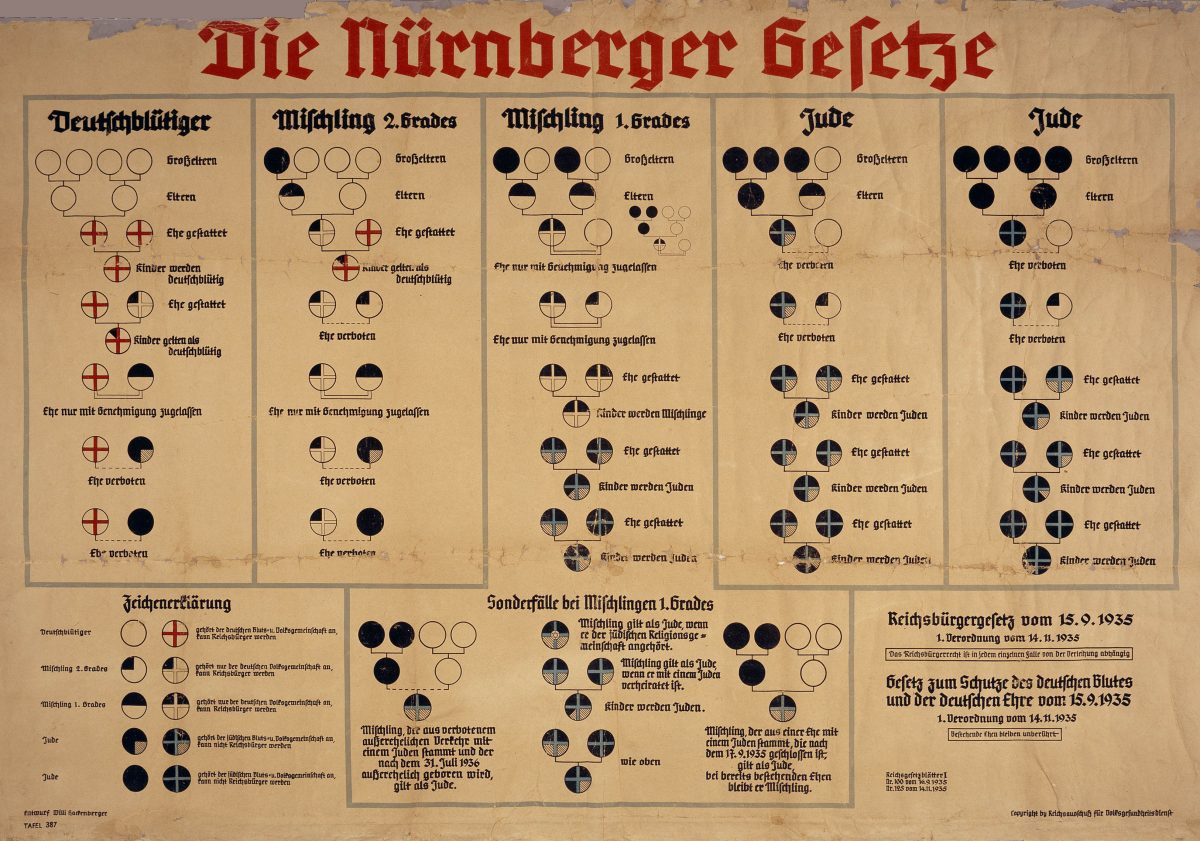 At their 1935 rally in Nuremberg, the Nazis proclaimed new laws which excluded German Jews from Reich citizenship, prohibited them from marrying or having sexual relations with persons of “German or related blood”, and deprived them of most political rights. Oswalt and Neumann were forced to sell Rütten & Loening to Albert Hachfeld in Potsdam on the instructions of the Reichsschrifttumskammer. Neumann managed to escape via Norway to Sweden, where he died in 1950. Oswalt was murdered in the death camps. His possessions, including a wonderful library, were seized and sold to the lowest Aryan bidder.

In June 1942 one of Oswalt’s sons was arrested for allegedly not wearing the discriminatory “Judenstern” properly on his clothing.  “Goodbye to my friends,” he wrote. “I don’t know what’s in front of me, maybe that’s a good thing.” That line features at the memorial at Frankfurt’s Grossmarkthalle, which commemorates the deportation of the city’s Jews. From 1941 to 1945, the Gestapo used the cellar of the Grossmarkthalle as a gathering place for the deportation of Jews from the city to the death camps.

So much for the history. And in the summer of 1938, a year after The Hobbit’s publishing debut and five months before Nazi leaders unleashed a series of pogroms that came to be known as Kristallnacht (The Night of Broken Glass), Tolkien wrote to Unwin:

I must say the enclosed letter from Rütten and Loening is a bit stiff. Do I suffer this impertinence because of the possession of a German name, or do their lunatic laws require a certificate of ‘arisch’ origin from all persons of all countries?

Personally I should be inclined to refuse to give any Bestätigung [confirmation] (although it happens that I can), and let a German translation go hang. In any case I should object strongly to any such declaration appearing in print. I do not regard the (probable) absence of all Jewish blood as necessarily honourable; and I have many Jewish friends, and should regret giving any colour to the notion that I subscribed to the wholly pernicious and unscientific race-doctrine.

You are primarily concerned, and I cannot jeopardize the chance of a German publication without your approval. So I submit two drafts of possible answers.

Tolkien did pen two replies to Rütten & Loening. One acknowledged receipt of the publisher’s letter but ignored the request. The other was more forceful, and appears hereunder. Which version the Germans received is unknown. But the book was first published in German in 1957 as Kleiner Hobbit und der große Zauberer, translated by Walter Scherf with illustrations by Horus Engels.

Thank you for your letter. I regret that I am not clear as to what you intend by arisch. I am not of Aryan extraction: that is Indo-Iranian; as far as I am aware none of my ancestors spoke Hindustani, Persian, Gypsy, or any related dialects. But if I am to understand that you are enquiring whether I am of Jewish origin, I can only reply that I regret that I appear to have no ancestors of that gifted people. My great-great-grandfather came to England in the eighteenth century from Germany: the main part of my descent is therefore purely English, and I am an English subject — which should be sufficient. I have been accustomed, nonetheless, to regard my German name with pride, and continued to do so throughout the period of the late regrettable war, in which I served in the English army. I cannot, however, forbear to comment that if impertinent and irrelevant inquiries of this sort are to become the rule in matters of literature, then the time is not far distant when a German name will no longer be a source of pride.

Your enquiry is doubtless made in order to comply with the laws of your own country, but that this should be held to apply to the subjects of another state would be improper, even if it had (as it has not) any bearing whatsoever on the merits of my work or its sustainability for publication, of which you appear to have satisfied yourselves without reference to my Abstammung.

I trust you will find this reply satisfactory, and 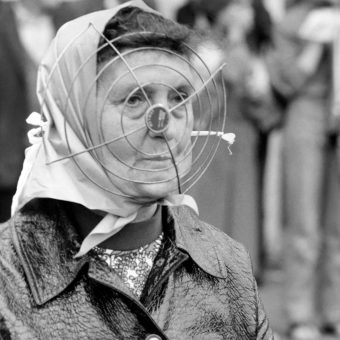