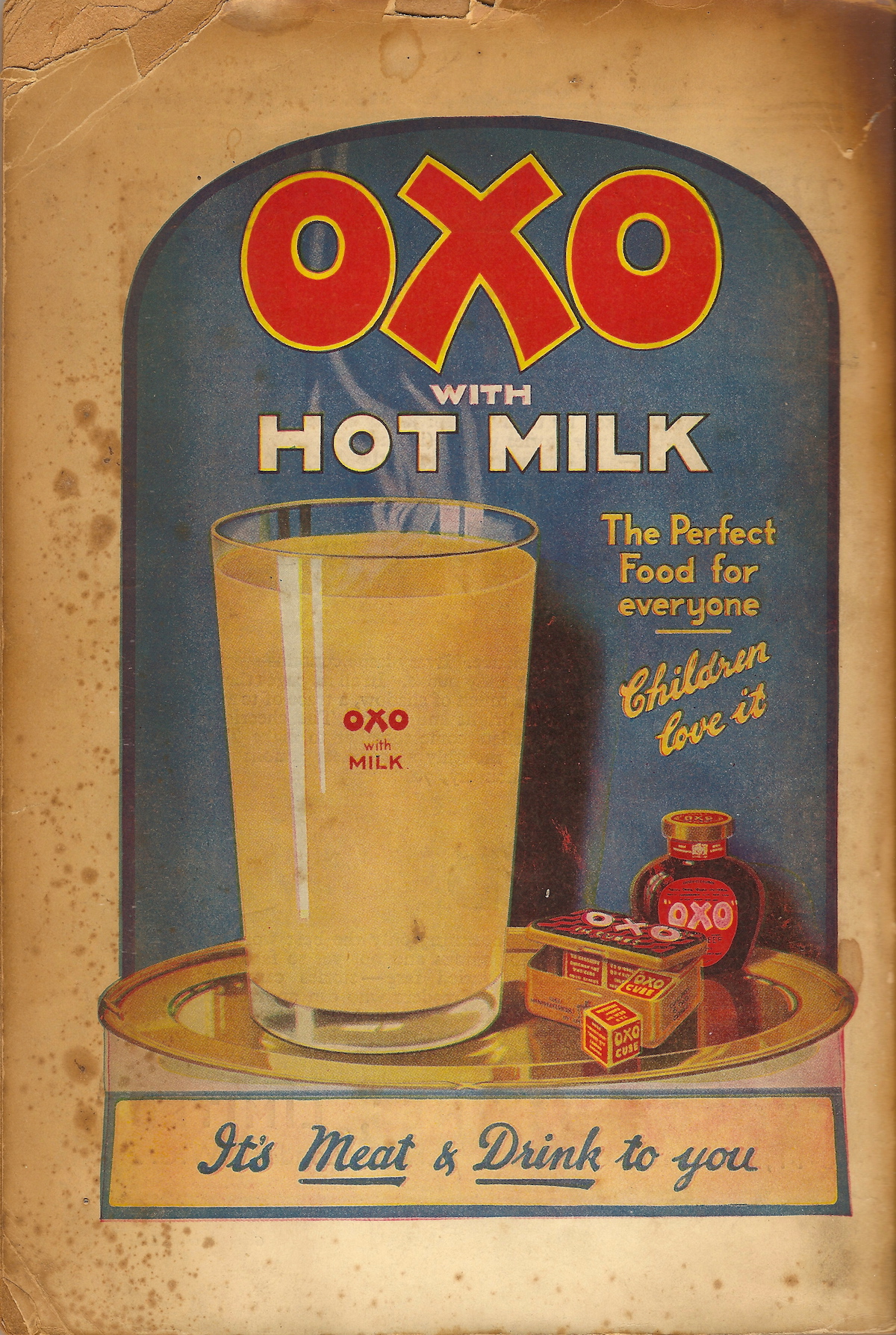 In 1840 a German chemist called Baron Justus von Liebig invented meat extract. It wasn’t properly commercialised until 26 years later when the Liebig’s Extract of Meat Company (Lemco) was formed. In 1899 the company brought out Oxo a cheaper version of the extract. The name is derived from Ox. The famous Oxo cubes came out in 1910 when the company developed a solid version that could be sold for just one penny. Already the company had sponsored the 1908 Olympic Games in London (along with Odol mouthwash and Indian Foot Powder).

The sponsorship deals and the relatively cheapness of the product meant that during World War 1 – Oxo cubes were extremely popular and it has been estimated that 100 million Oxo cubes were provided to the armed services. 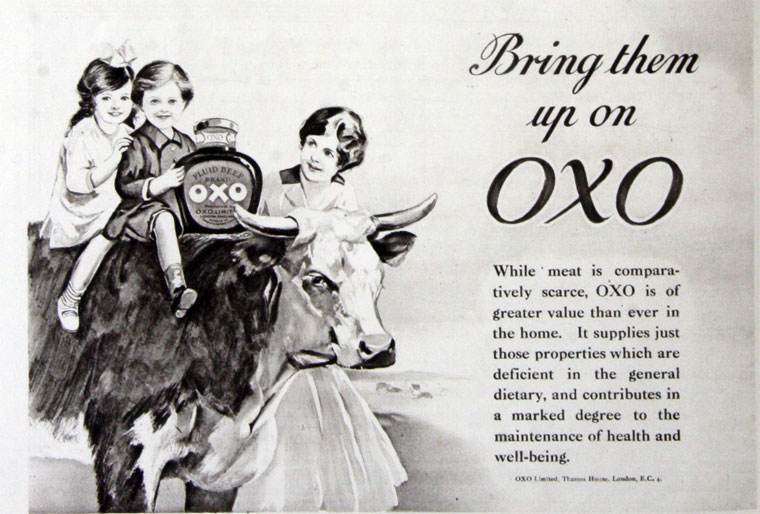 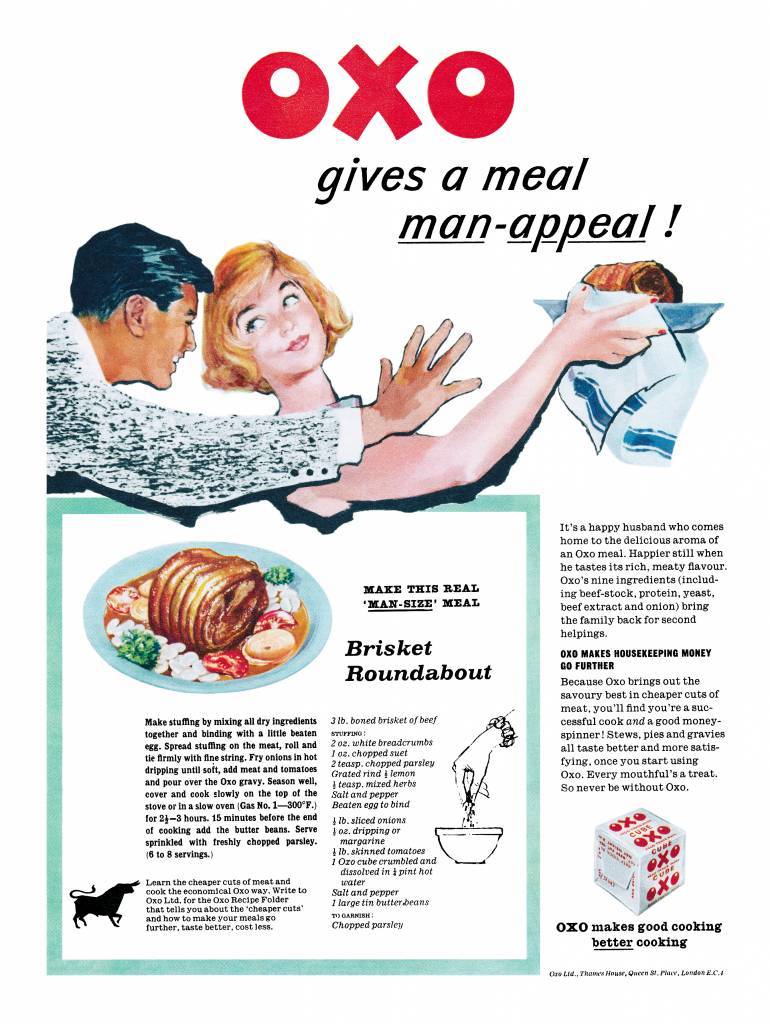 Oxo ad from 1916. It’s been estimated that 100 million cubes were consumed during WW1. 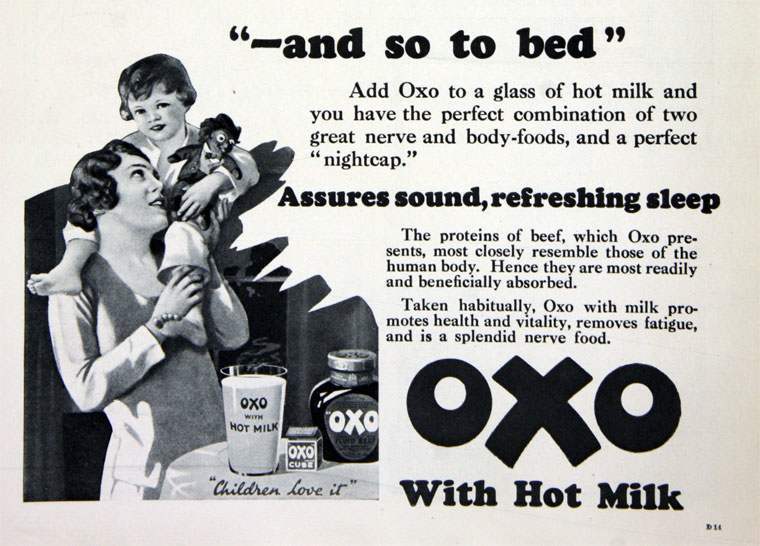 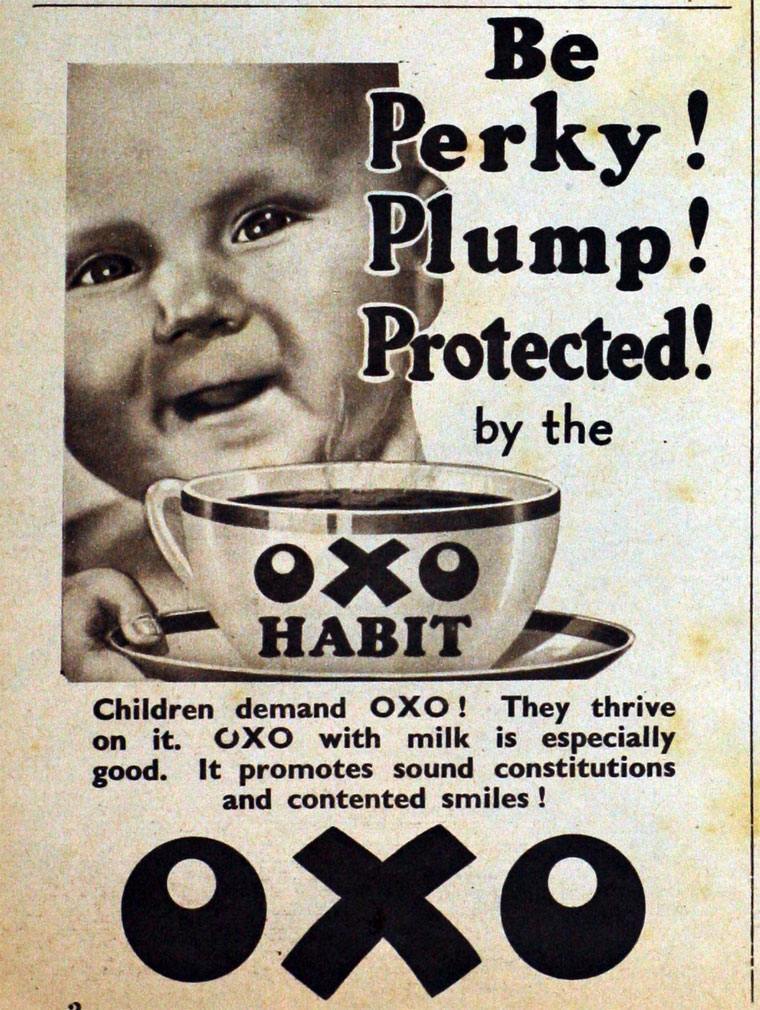 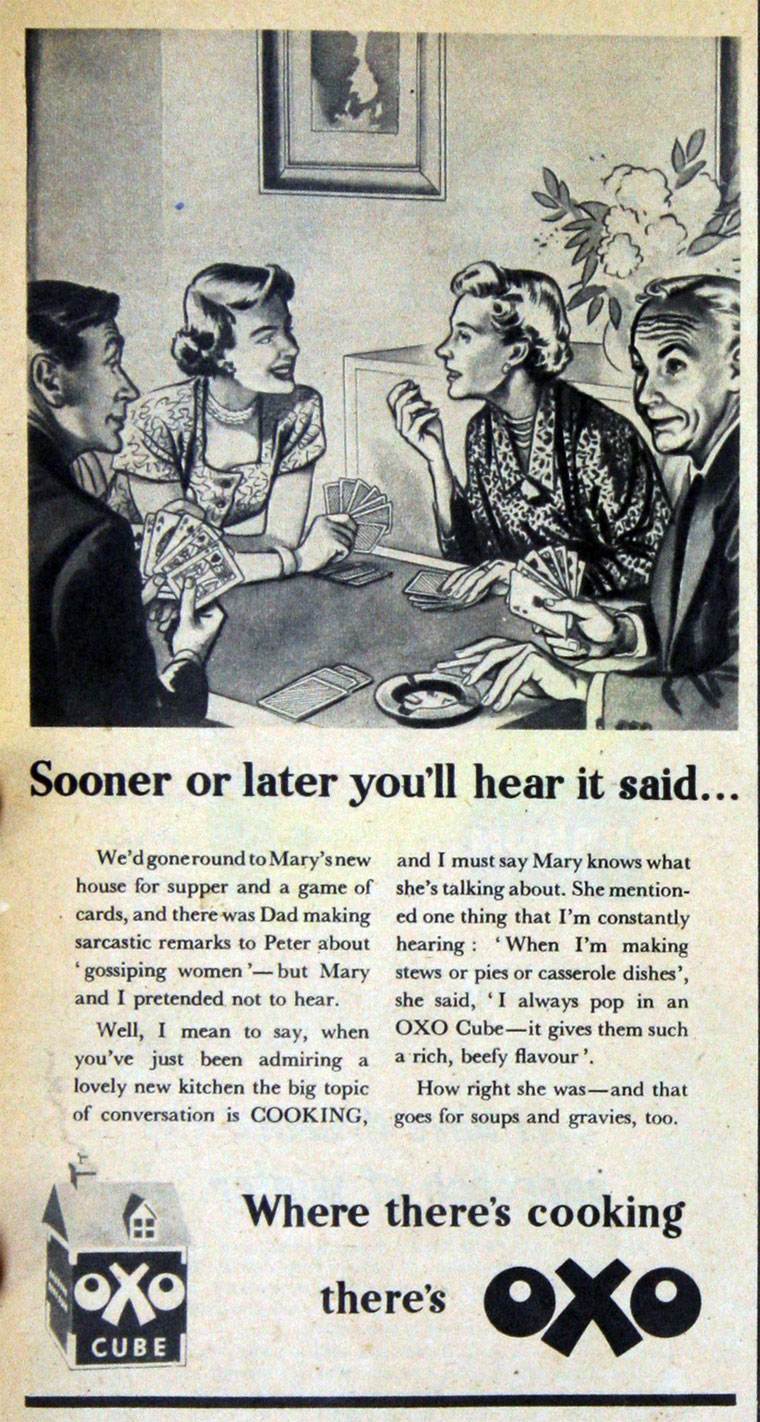 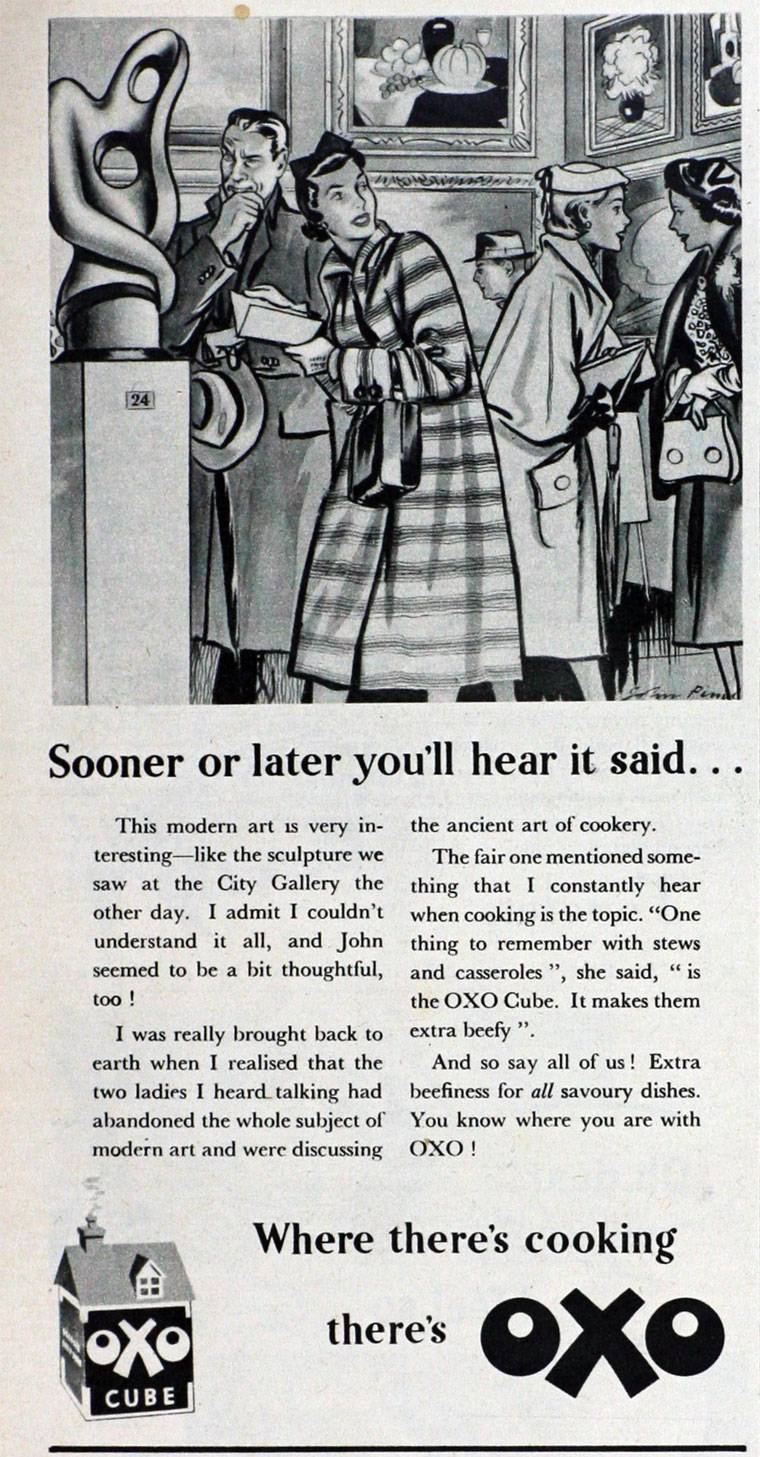 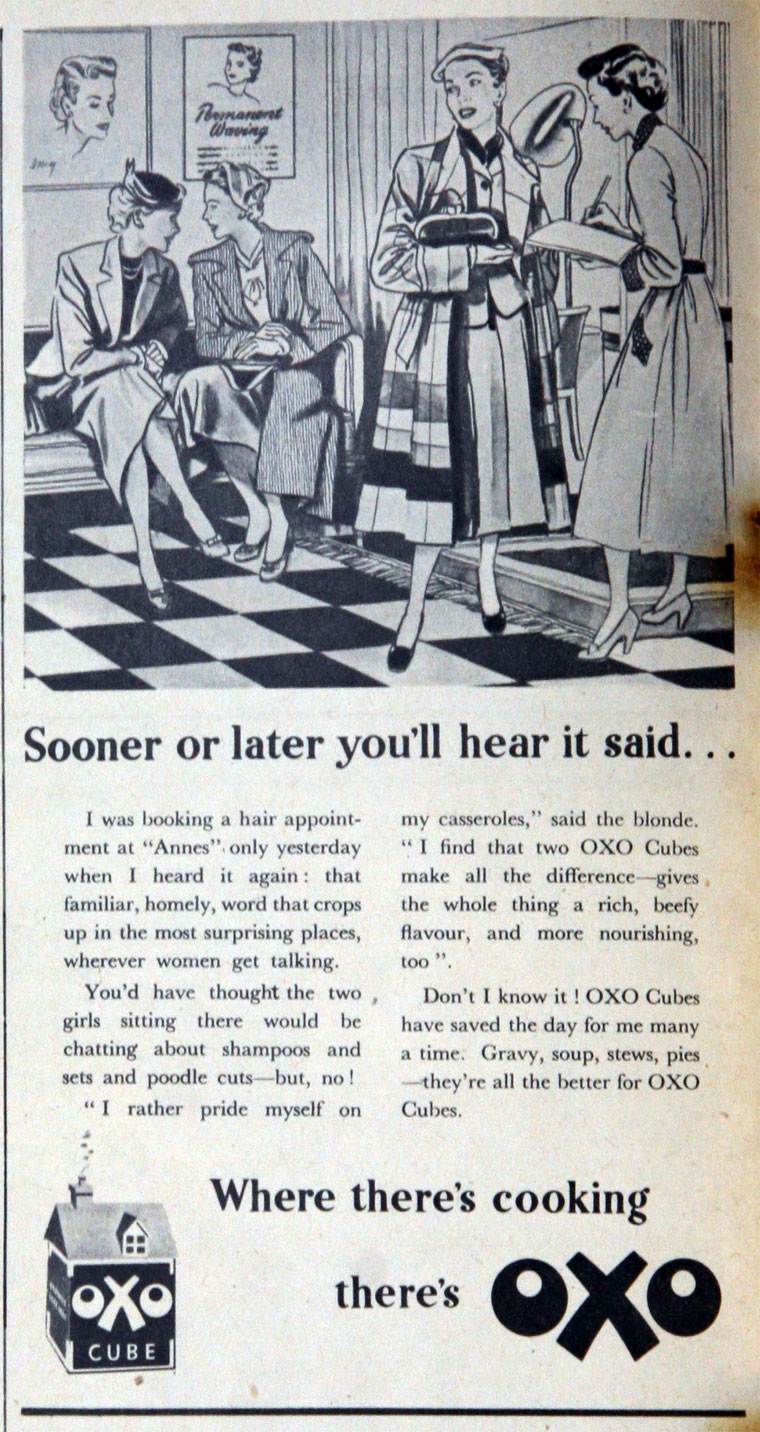 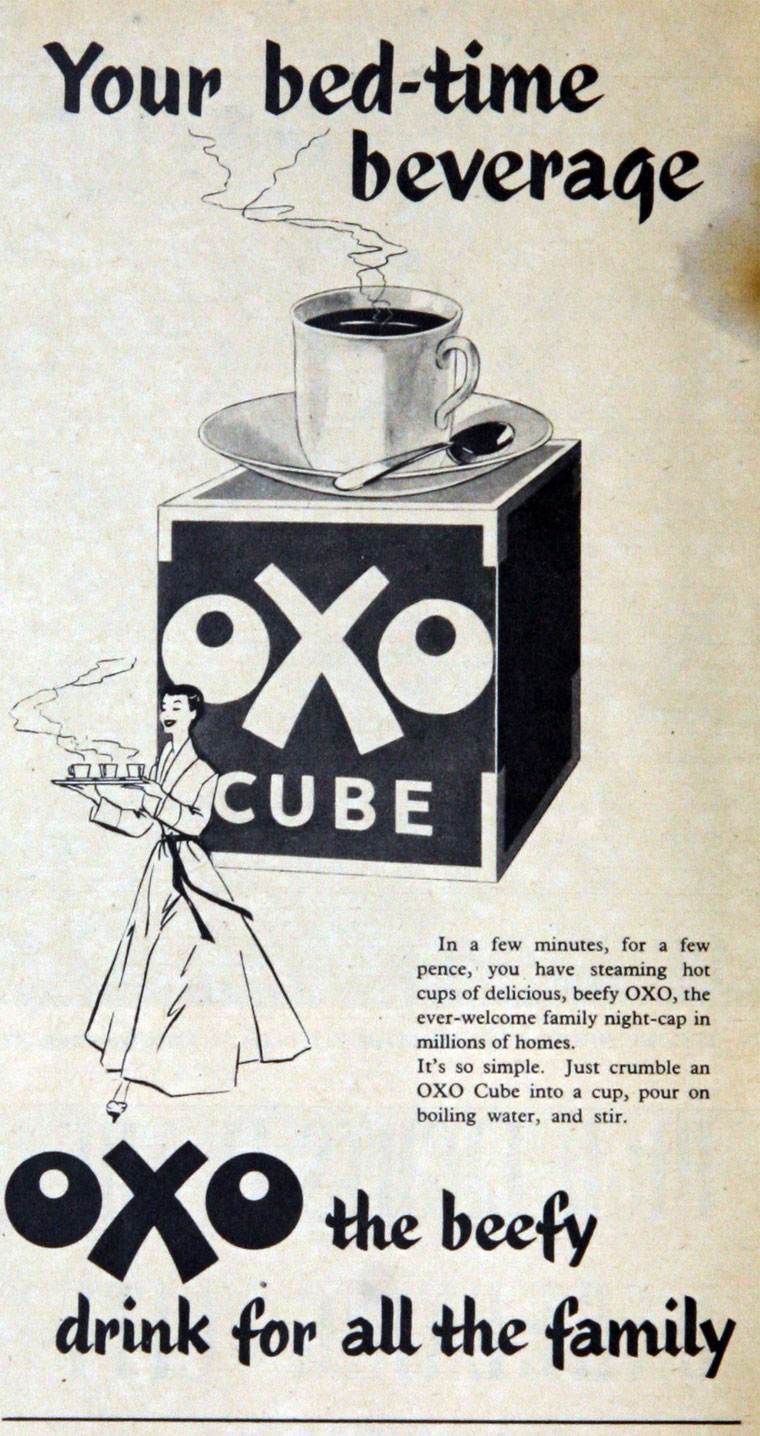 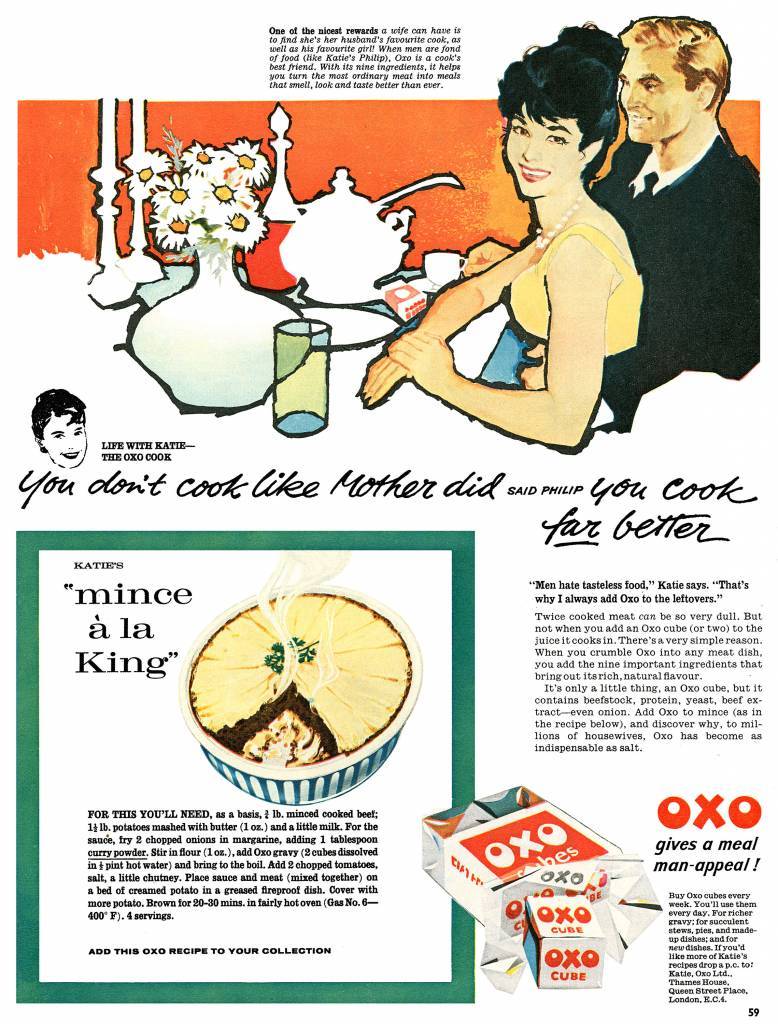 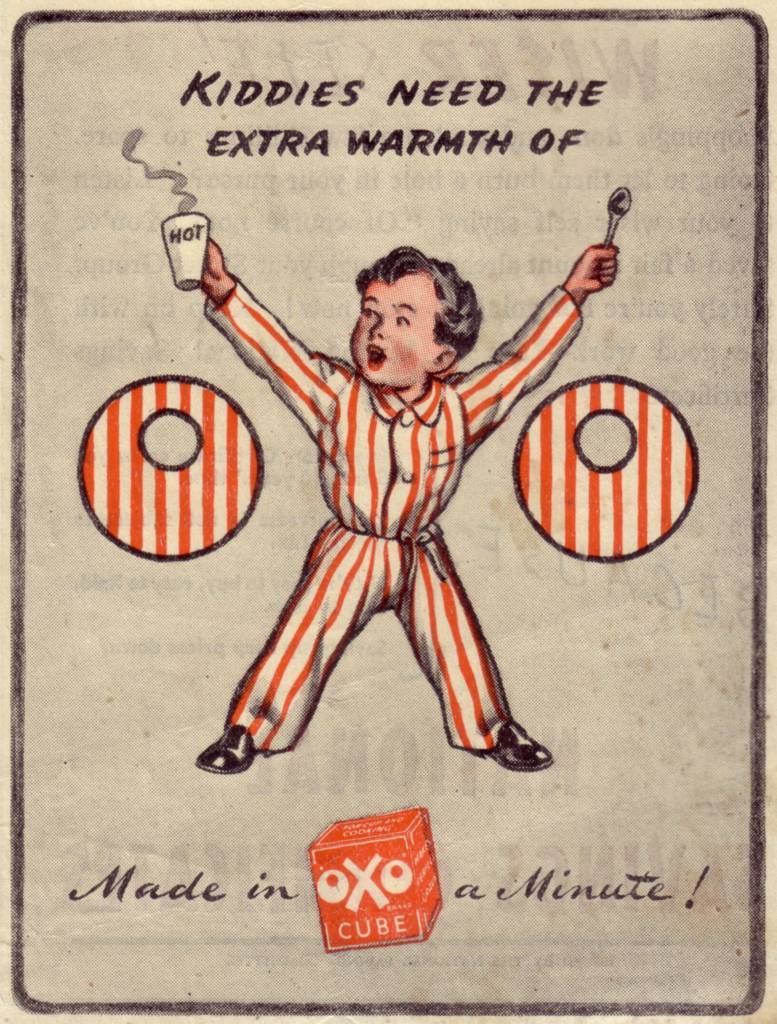 From Woman and Home magazine, March 1943 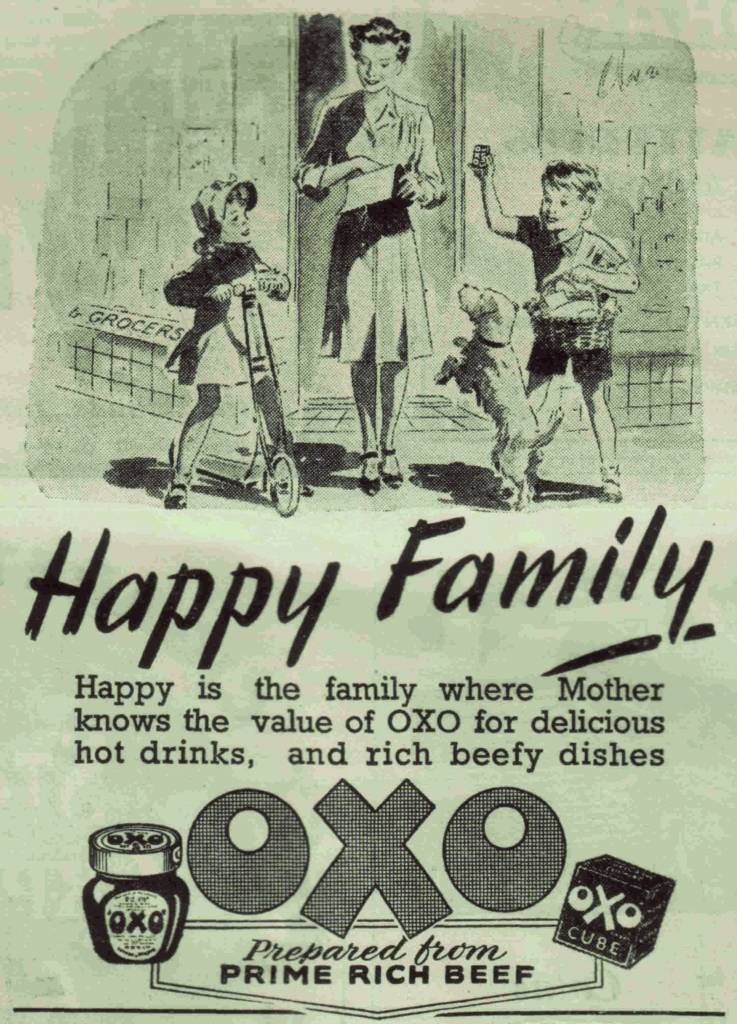 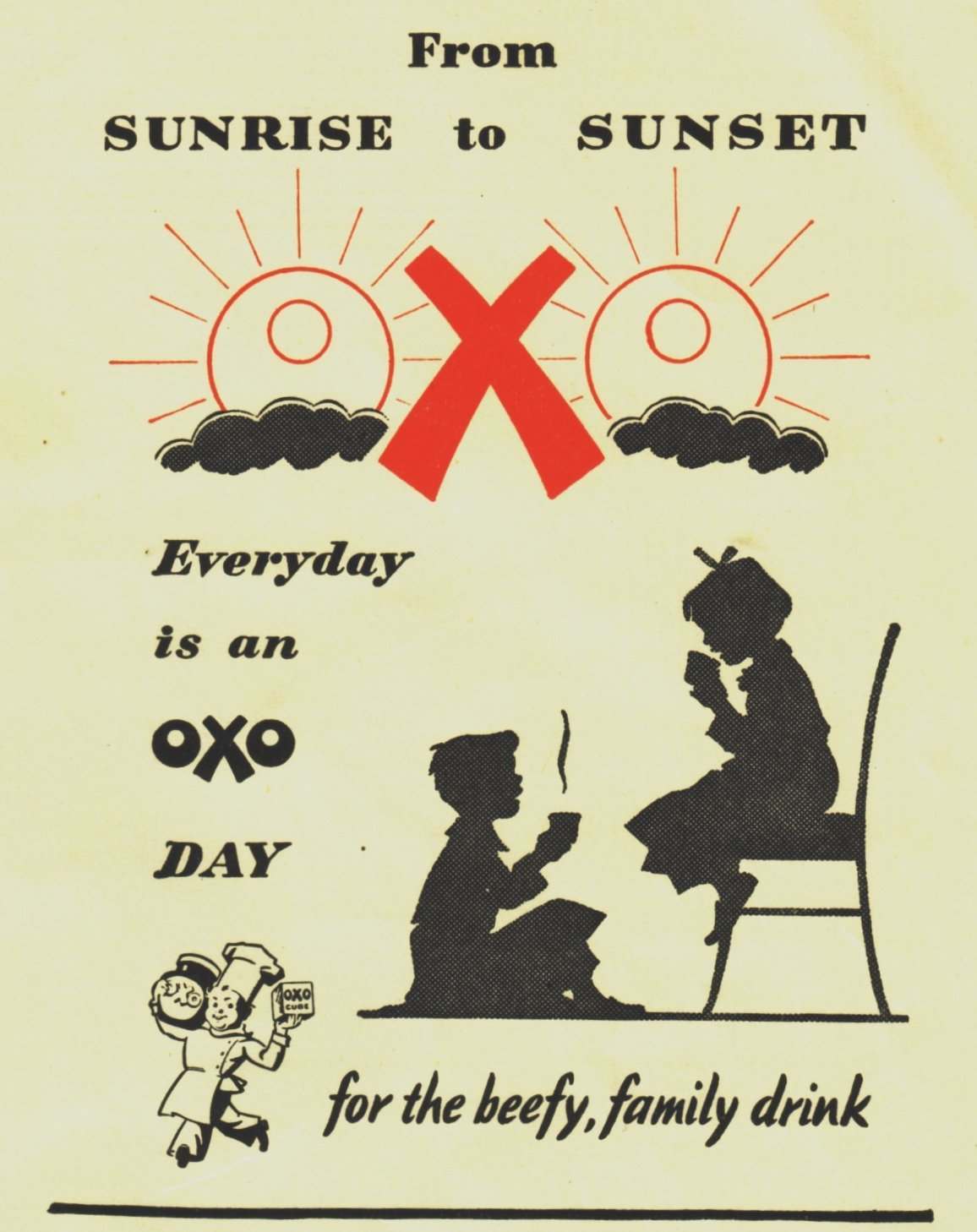 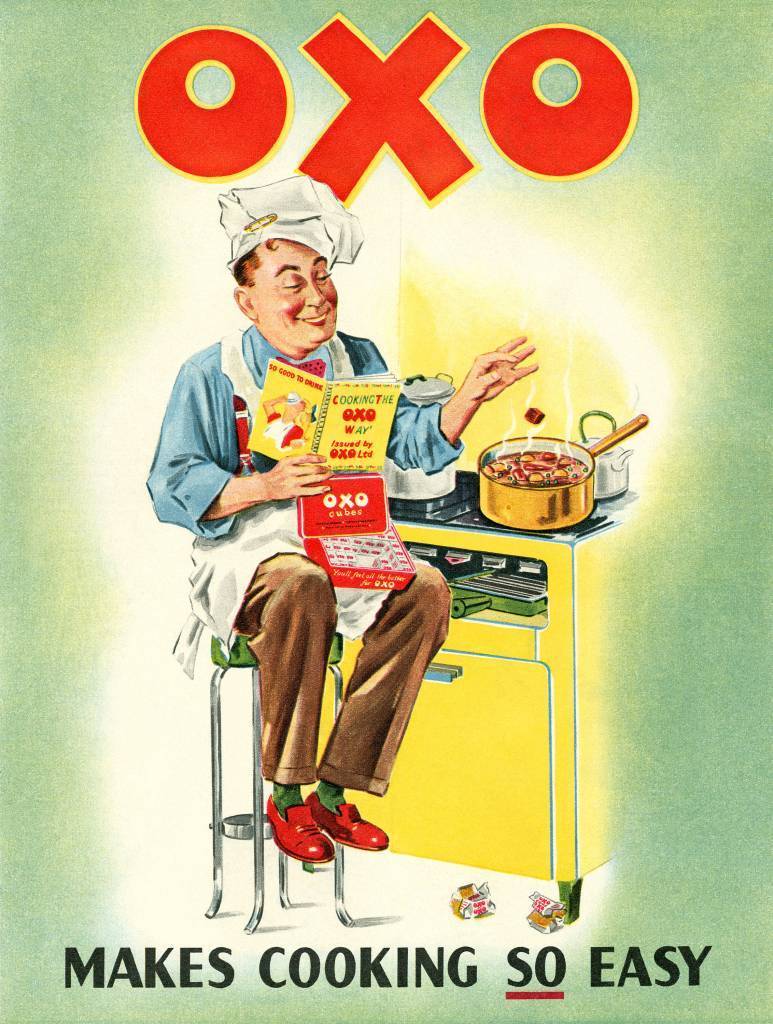 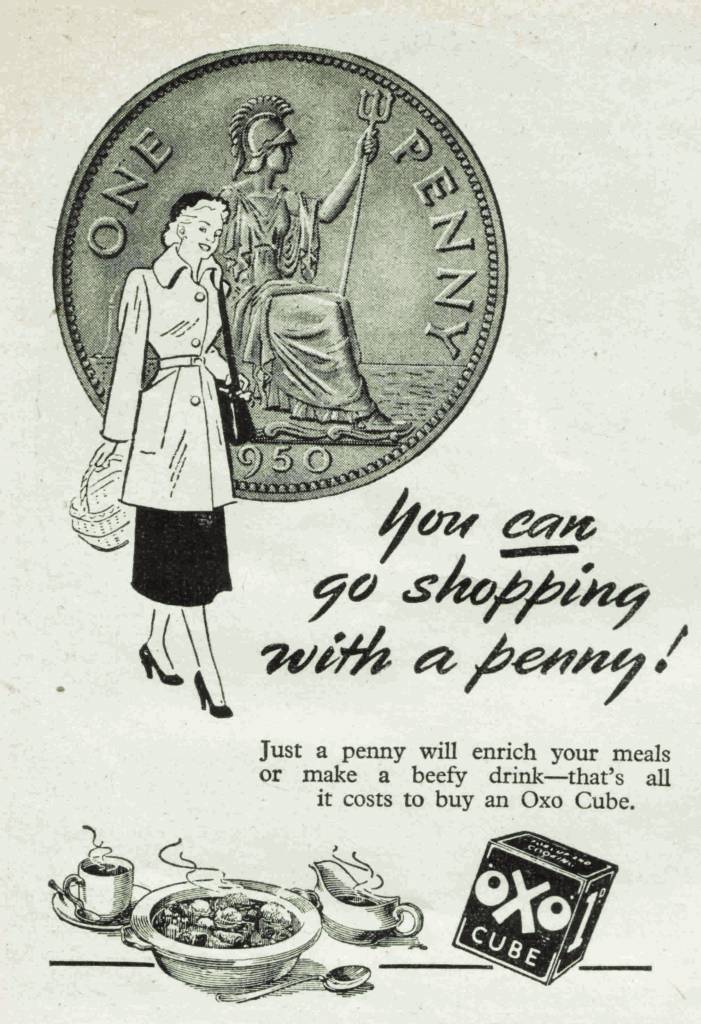 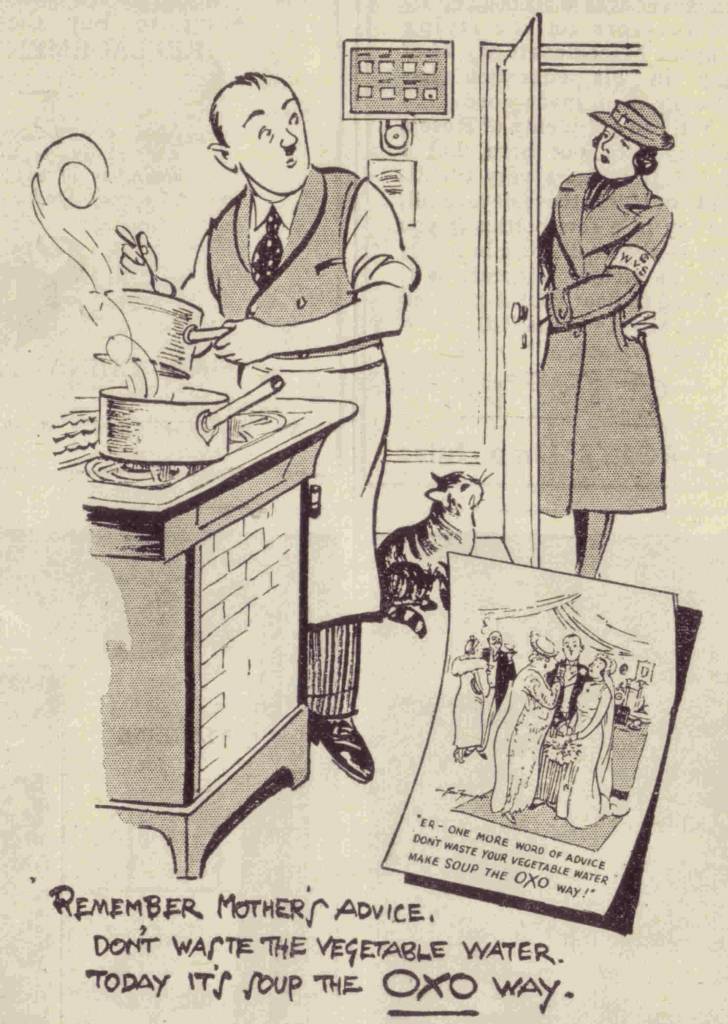 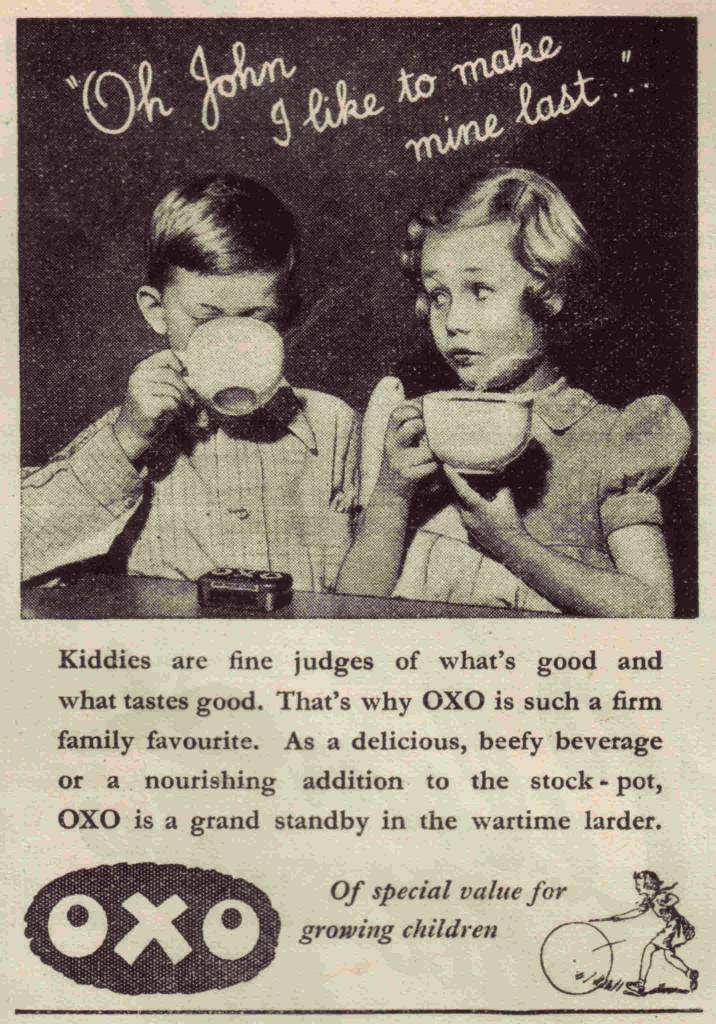 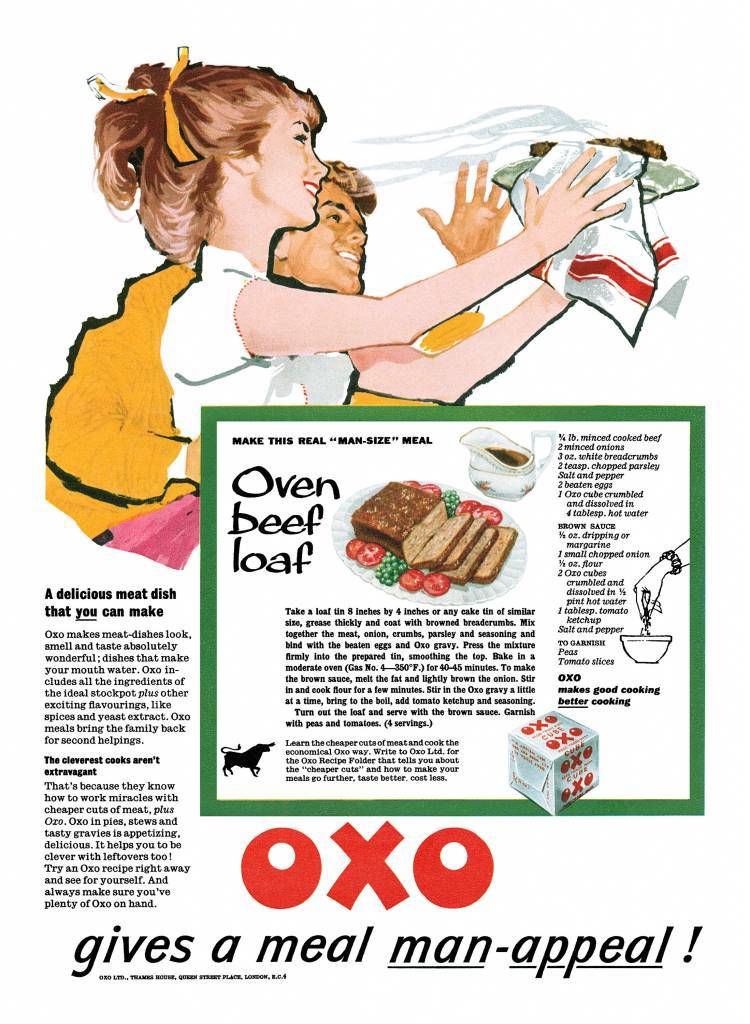 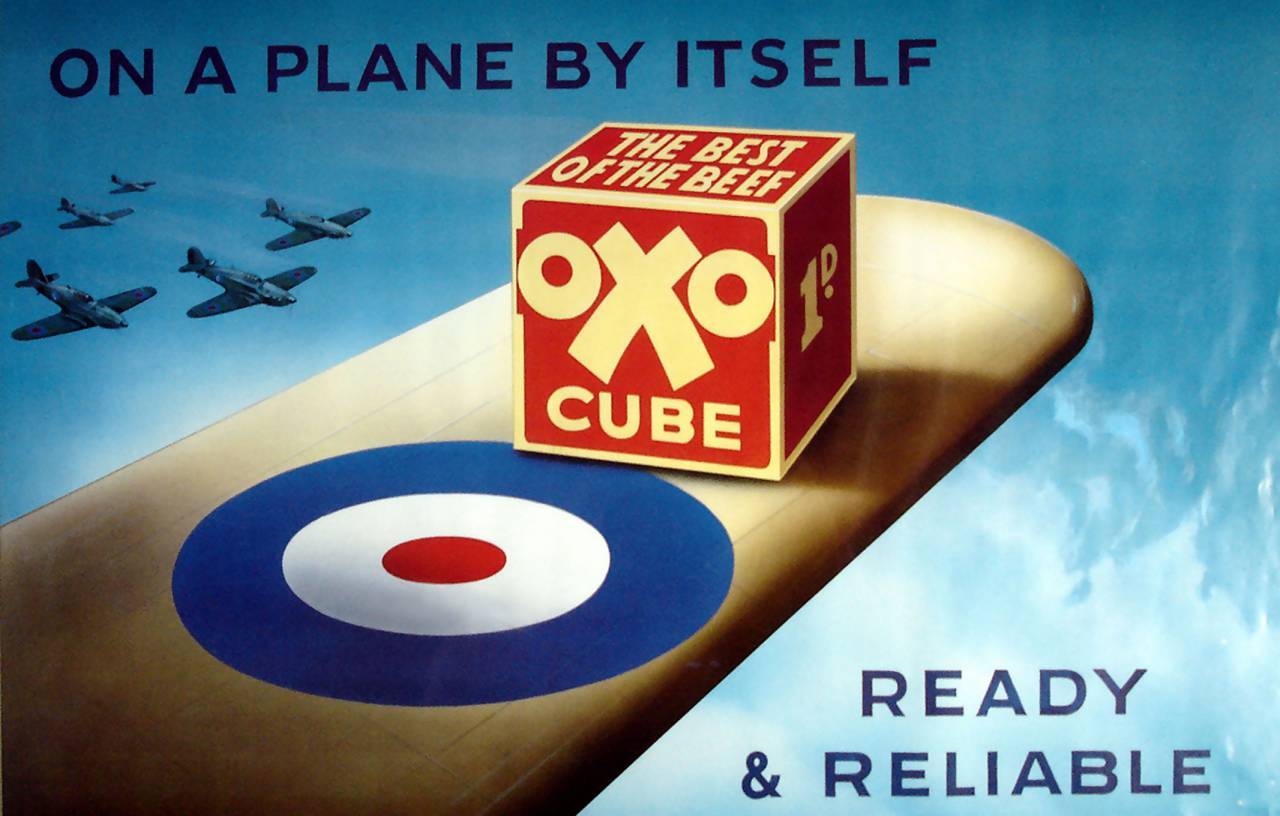