“The cassette tape was invented out of irritation about the existing tape recorder, it’s that simple”
– Lou Ottens 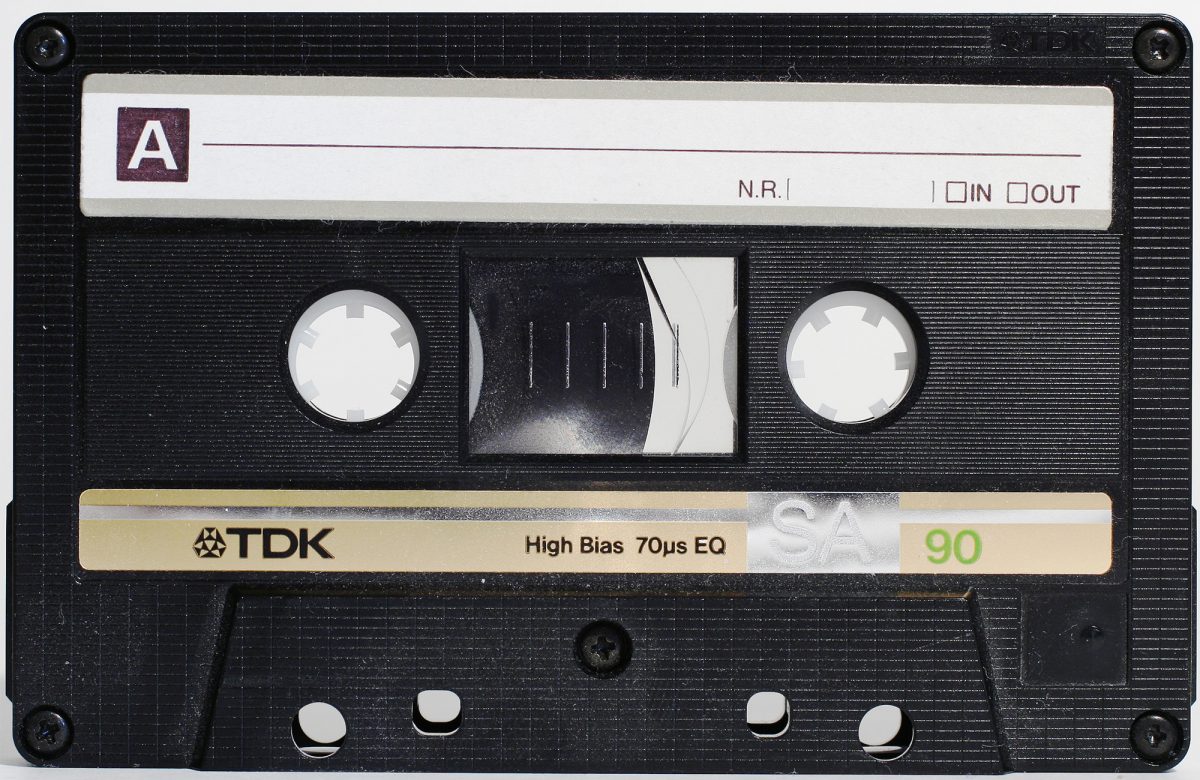 Engineer Lou Ottens ( (21 June 1926 – 6 March 2021) led the team at Philips that invested the cassette tape.  The Compact Cassette or Musicassette (MC) was a twist on the large reel-to-reel tapes that, though good for sound, were about as compact and costly as a small car. In the 1960s, Ottens and his colleagues in Belgium set about shrinking them.

“Before the design of the Compact Cassette, we developed our first battery-driven reel-to-reel portable recorder, the EL 3585 came out in 1958, I believe, and was very successful,” he told El Reg in 2013. “The total production was more than one million pieces. It made us confident that there would be a big market for a smaller, pocketable battery recorder.” 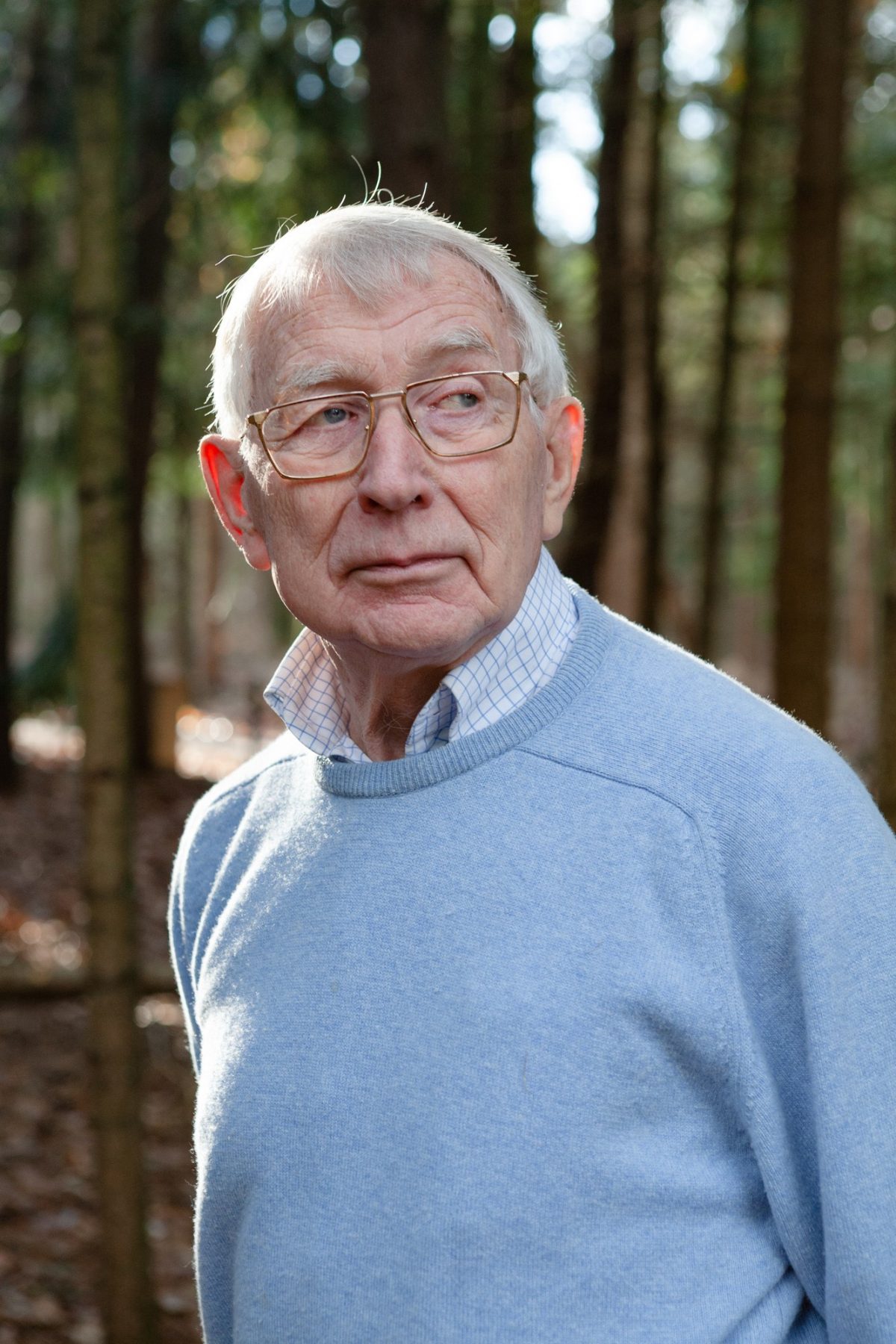 Lou Ottens in his garden in 2007, during an interview for ‘De Ingenieur’, the periodical of the Dutch Royal Institute of Engineers – cc by Jordi Huisman

First attempts produced a tape encased in a wooden block small enough to fit inside Ottens’ jacket pocket. Presented on 30 August 1963 at the Berlin Radio Show, this compact cassette quickly took off. As Ottens recalled in 2013, it was “a sensation”. If you want to see the prototype design that defined an era and gave us mixtapes and portable music, selling 100 billion units well, you can’t. Ever the practical engineer, Philips Museum Director Olga Coolen recalls that the item “was lost when Lou used it to prop up his jack while change a flat tire.” 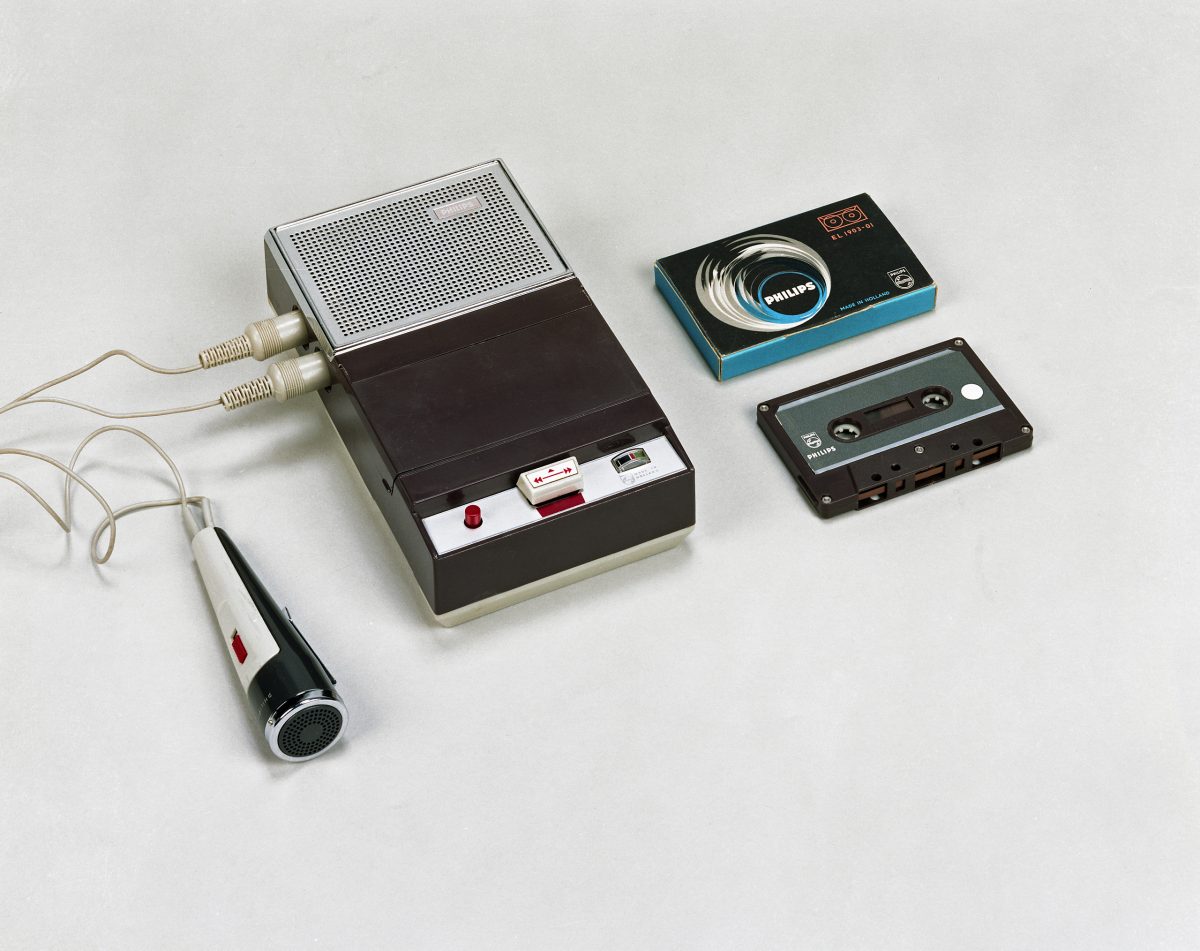 Ottens went on to help Philips produce the Compact Disc. “From now on, the conventional record player is obsolete,” Ottens declared when production CD players emerged. But the anodyne discs marketed as indestructible chipped and scratched.

Cassette tapes were hardly flawless. Presented with a knot of analog magnetic tape slid from the casing and a pencil, a generation raised in the 70s and 80s will know what to do. Winding loose tape back inside the plastic case was a small inconvenience. Cassette tapes were small, cheap and fun to use. You could get them preloaded with music and the spoken word or blank. And with the blank ones you could be a DJ, mix songs from different albums, record the Top 40 off the radio and create original pirate recordings. In 1968, you could play cassettes in your car. 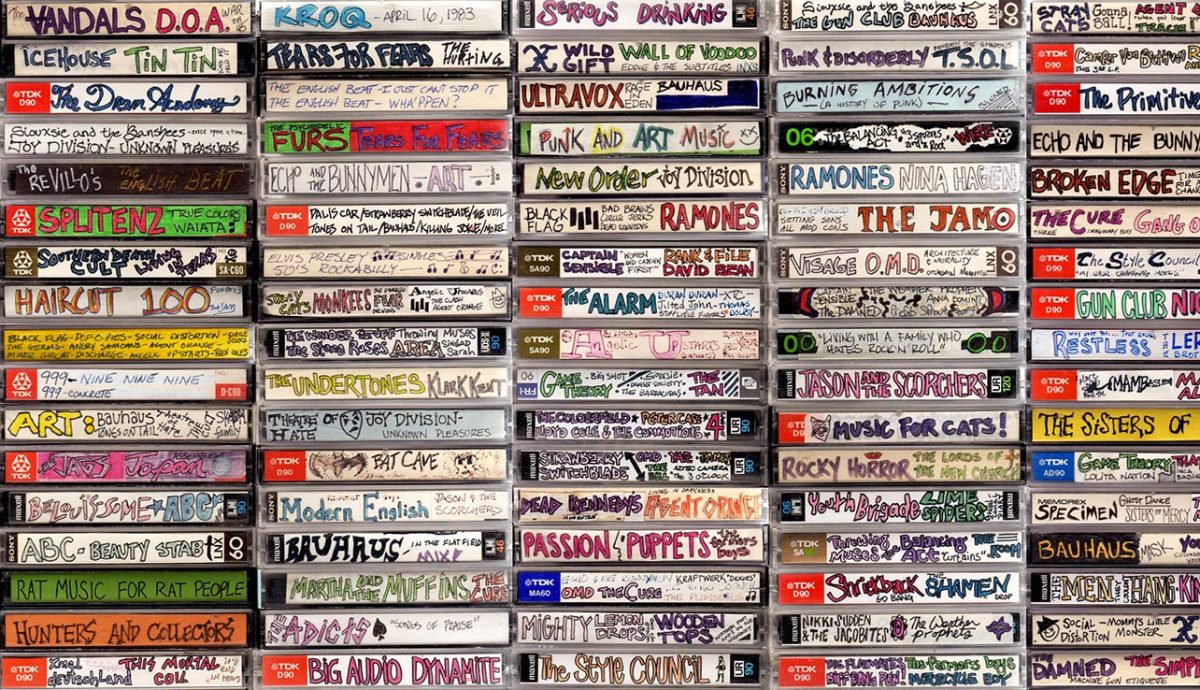 Now with digital and streaming age, the sound, choice and speed accessibility is great but you never really get to own anything. That tangible cassette tape was yours to decorate and keep. Everything about it said something about you and your connection to the music.

In his autobiography, Life, Rolling Stones guitarist Keith Richards writes that he recorded some of the bands most recognisable songs on cassette, including Street Fighting Man, Satisfaction and  Jumpin’ Jack Flash.

“I discovered a new sound I could get out of an electric guitar. That grinding, dirty sound came out of these crummy little motels where the only thing you had to record with  was this new invention called the cassette recorder… Suddenly you had a very mini studio. Playing an acoustic, you’d overload the Philips cassette player to the point of distortion so when it played back it was effectively an electric guitar…. what came out was electric as hell.”

Like millions of us, Richards loved personalising his tapes:

“…I’m up there writing songs, recording my sounds and making double copies of everything and I would get into artistically decorating the labels.” 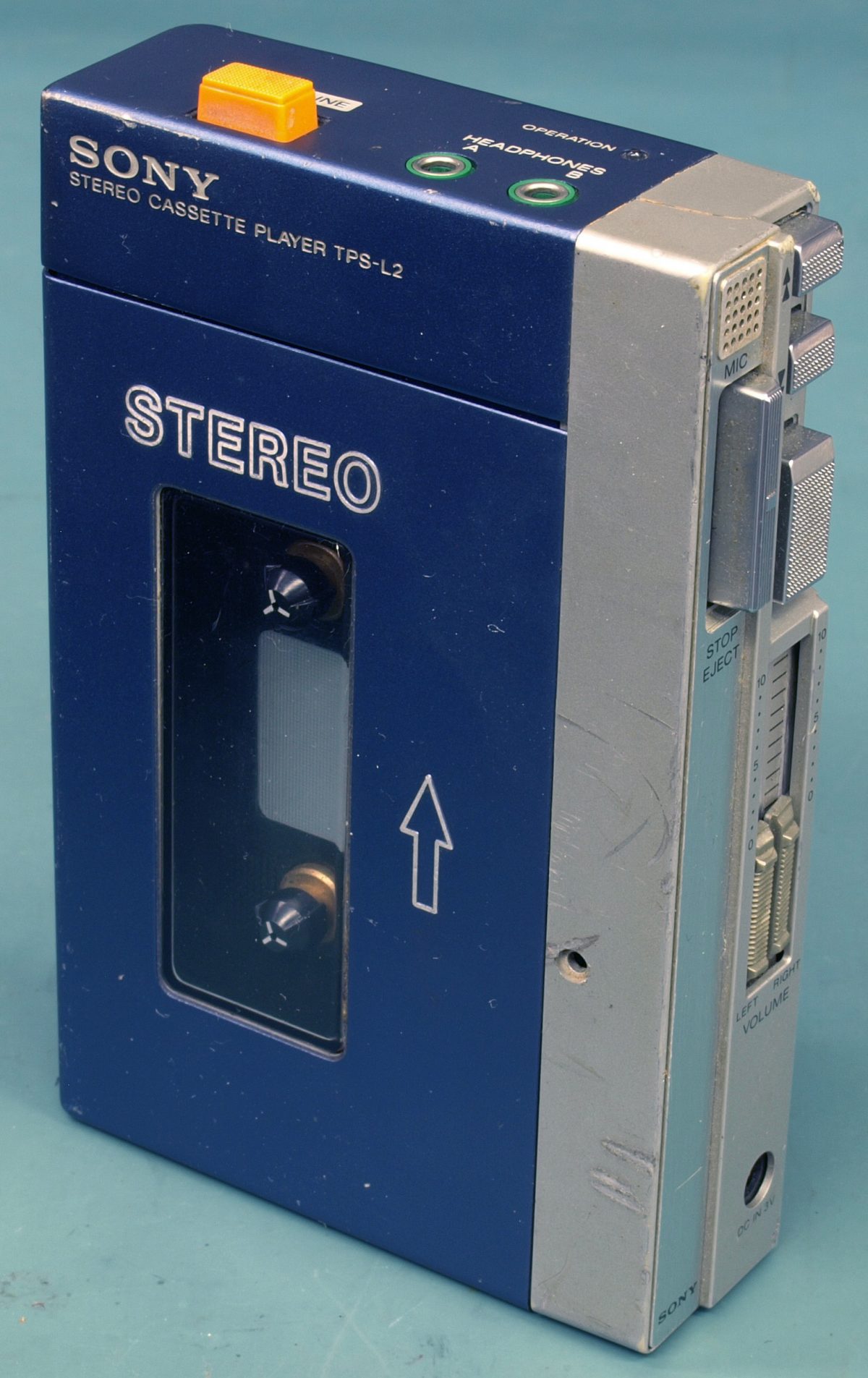 Philips’ Compact Cassette became dominant as a result of Japan’s Sony lobbying Philips to license the format to them free of charge. Philips agreed. In 1965, based on a patent that guaranteed compatibility, Philips made the technology available free of charge to manufacturers all over the world. Stereo tape decks and boom boxes became some of the most highly sought-after consumer products of both decades and things exploded in 1979 with the brilliant Sony Walkman.

Below are a few more of the gorgeous designs that sprung from the invention of the cassette tape. 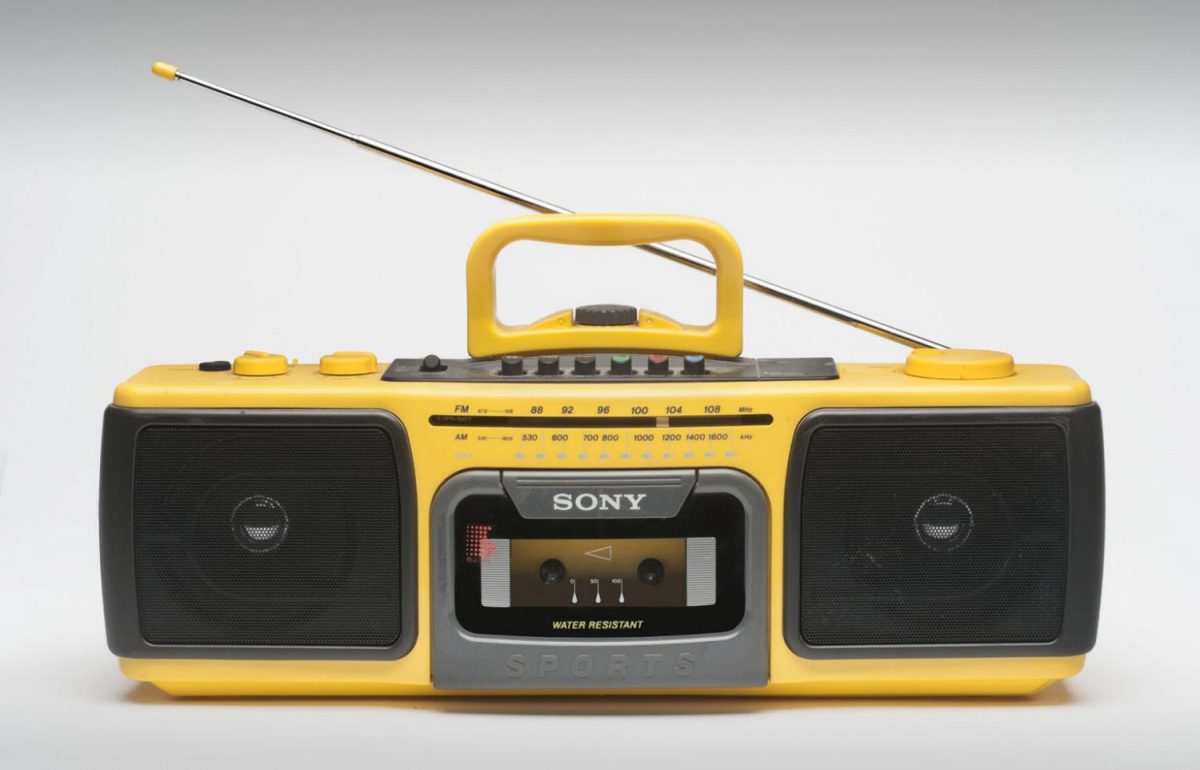 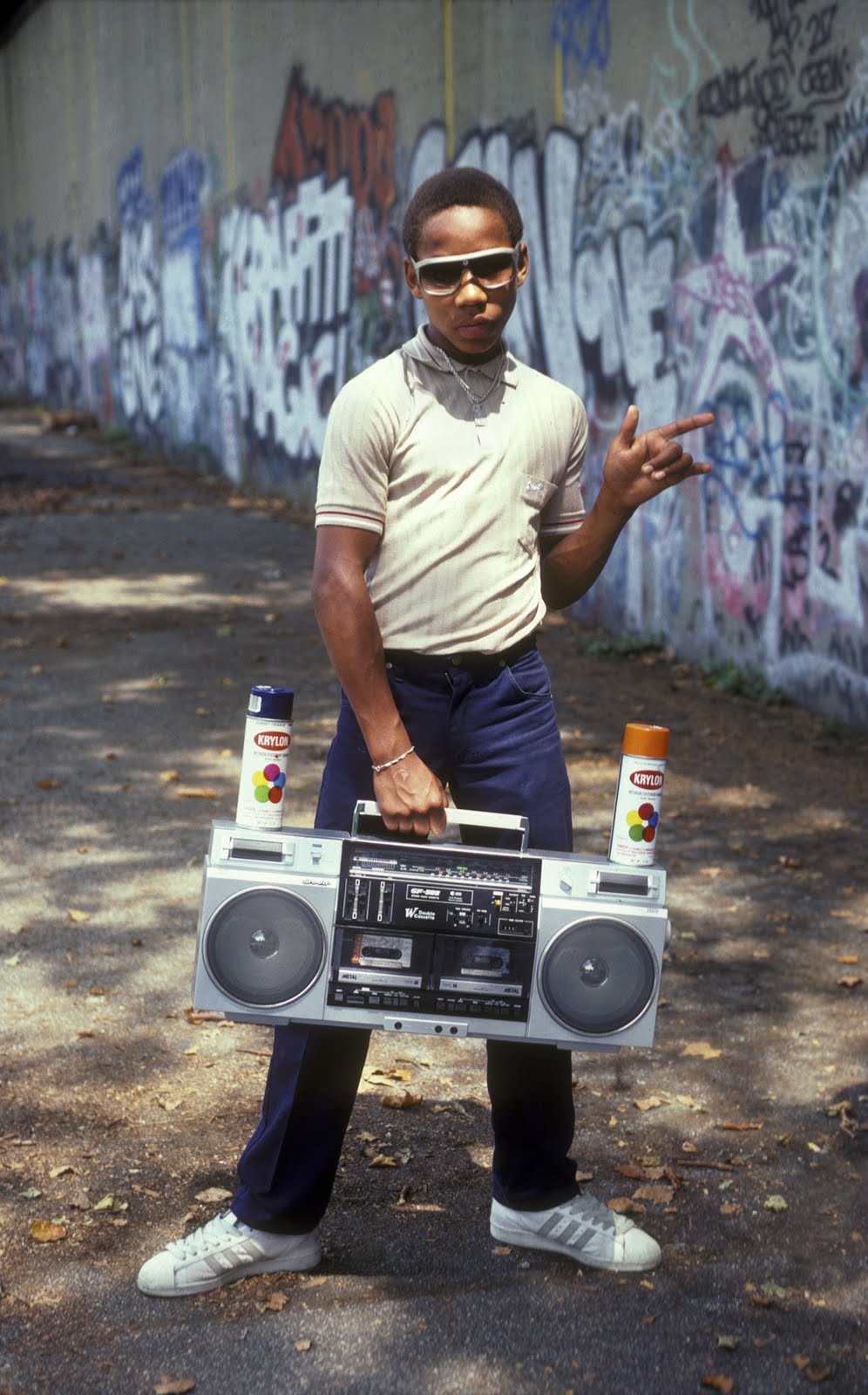 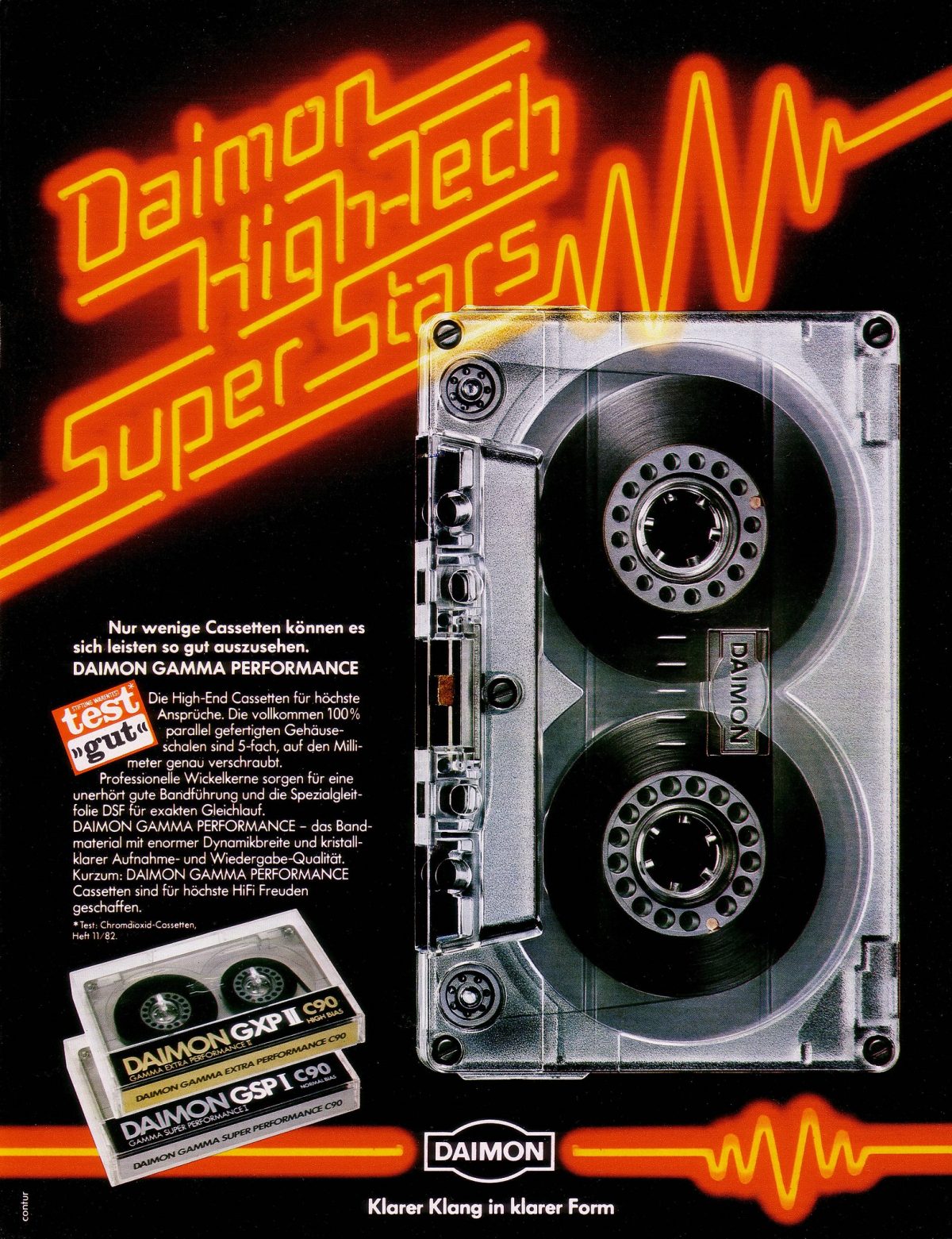 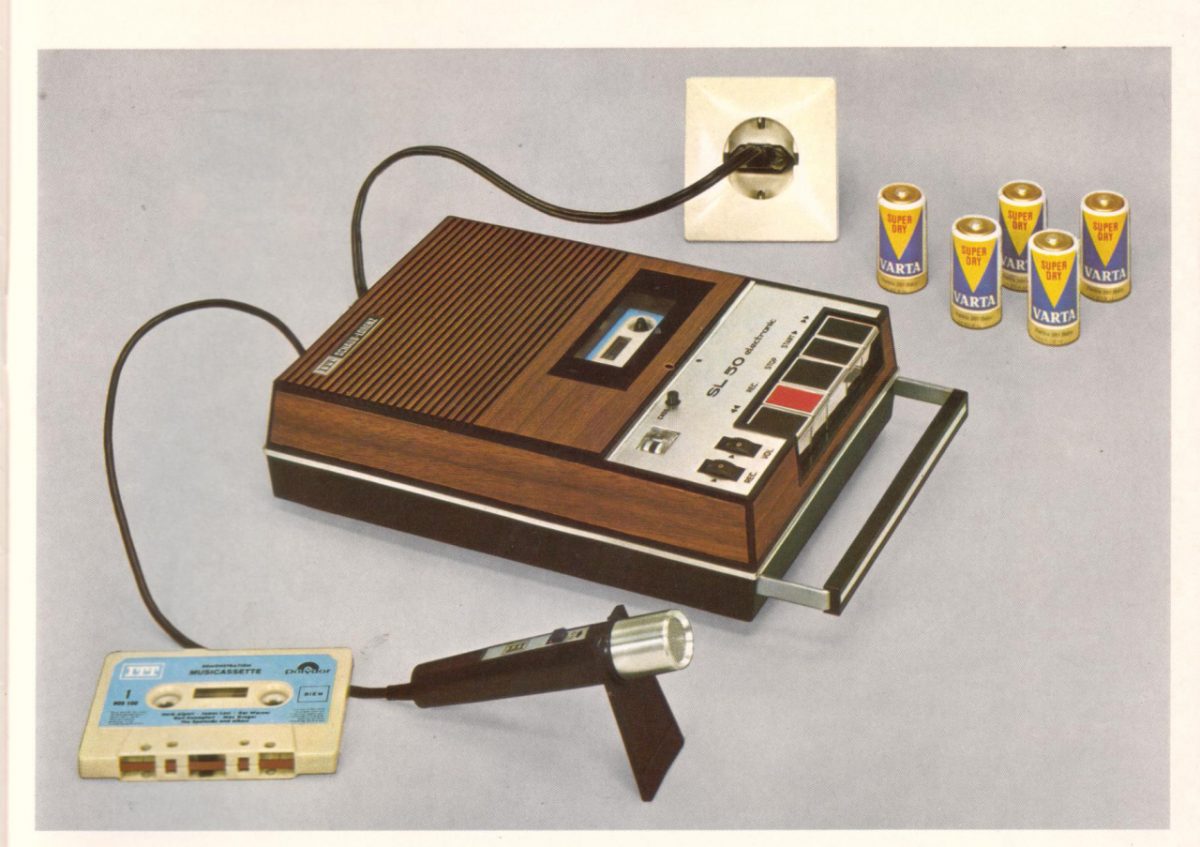 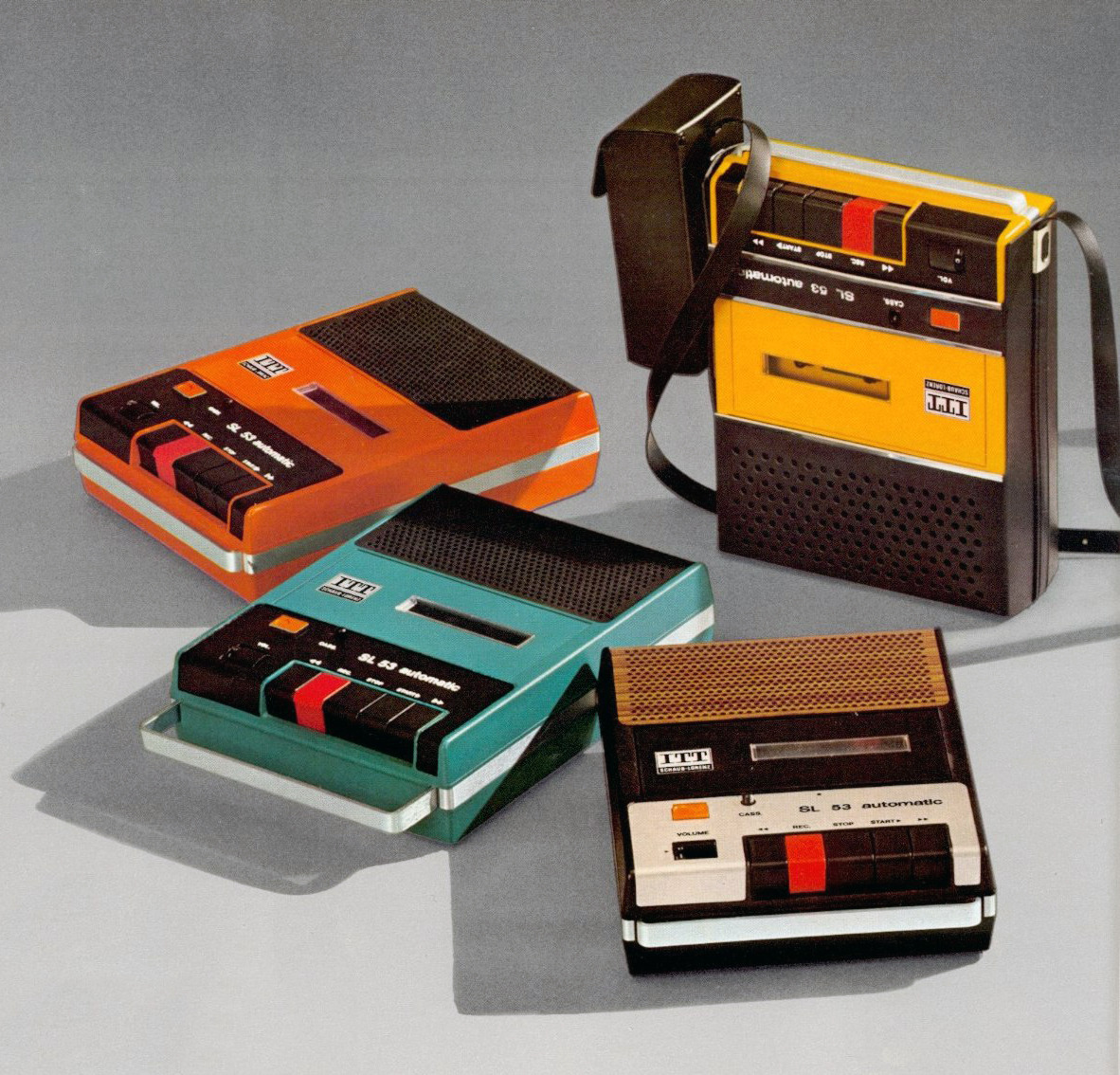 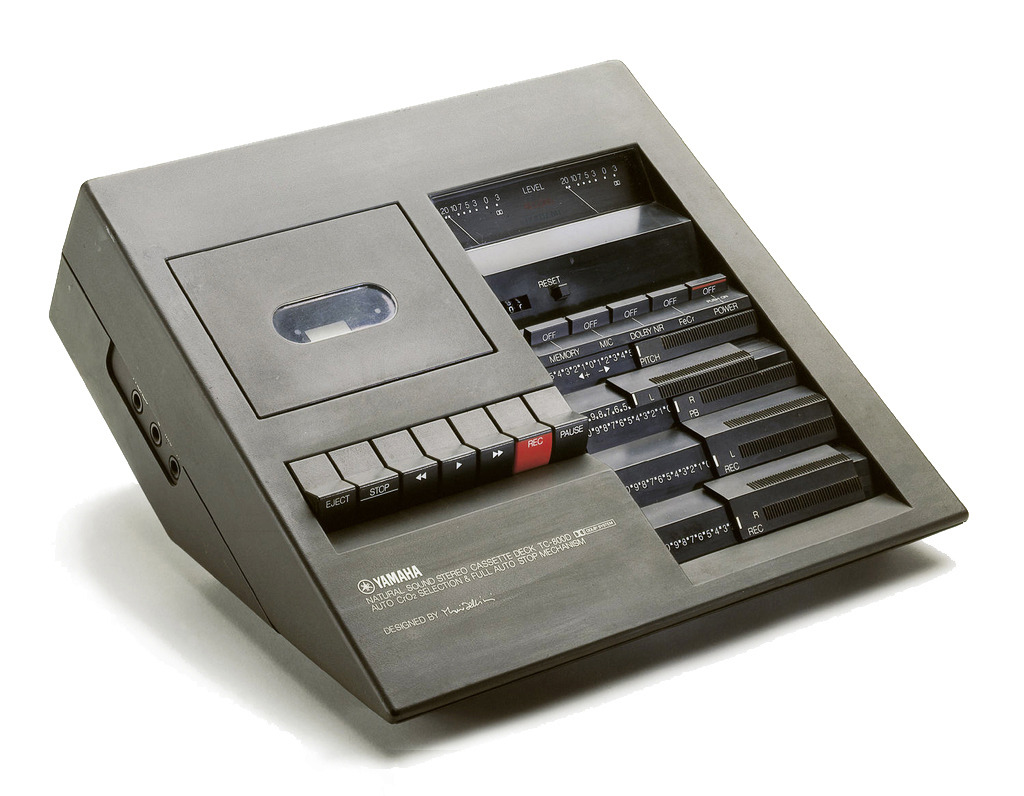