French cellist Maurice Baquet, 1958:
‘When our paths crossed, I found the man who taught me happiness,’ said Baquet of Doisneau.

Maurice Baquet (above) was a high achiever with high goals: musician (1st prize at the Conservatoire de Paris), skier (member of the 1936 French Olympic Team) and mountain climber (showcased in movies, including Premier de Cordée).

The collaboration between the brilliant cellist and skier Maurice Baquet and Robert Doisneau opened up a new sphere of playfulness, freedom and creativity for the photographer. When they met just after the war, they immediately began working together on a book, published in 1981 under the title Ballade pour Violoncelle et Chambre Noire. In addition to all the drollery and laughter that Doisneau’s photographs exude, the book shows all the magic of his work: montage, trick photography, photomontage, collage, warping and fractioning, etc.

Singer Renaud in the suburbs in 1988

“I don’t bring anyone along. Strolling around is a solitary vice. I would be far too ashamed to show my hesitations, my tracing back, and most of all, my unreasonable expectations.”

“In my ideal photography school, there would be a bouquet teacher and a music teacher. We would not train violin virtuosos, but we would explain the role of music, which sheds light on past civilisations—a very necessary further education.”

Maurice Baquet on the Paris Metro

Juliette Gréco, Saint-Germain-des-Prés, 1947. This photograph captures the 21-year-old chanteuse and her dog, Bidet, who at this point was probably more famous than his mistress. Bidet appeared at Théâtre Montparnasse alongside Gérard Philippe in Alfred Savoir’s play Le Figurant de la Gaîté – Doisneau was illustrating a report on the mutt for the newspaper Point of View

“I am putting together a reportage on Saint-Germain-des-Prés – the basement nightclubs, the crowd one finds there, and the artists – I mean, the absolute cutting edge of Western society. This new Montparnasse is very important for me who believes in archives ageing well.”

“My ear has gone fallow for classical music, but song helps me. In the street, you whistle little tunes that give you courage.”

Composer, theorist and writer Pierre Schaeffer, 1961
Pierre Betz, editor of the magazine Le Point, commissioned Doisneu to report on ‘the adventure of music in the 20th century’. In 1961, he immortalised the avant-garde musicians Pierre Boulez, Pierre Schaeffer, Henri Dutilleux and André Jolivet, photographing the artists with the tools of their trade 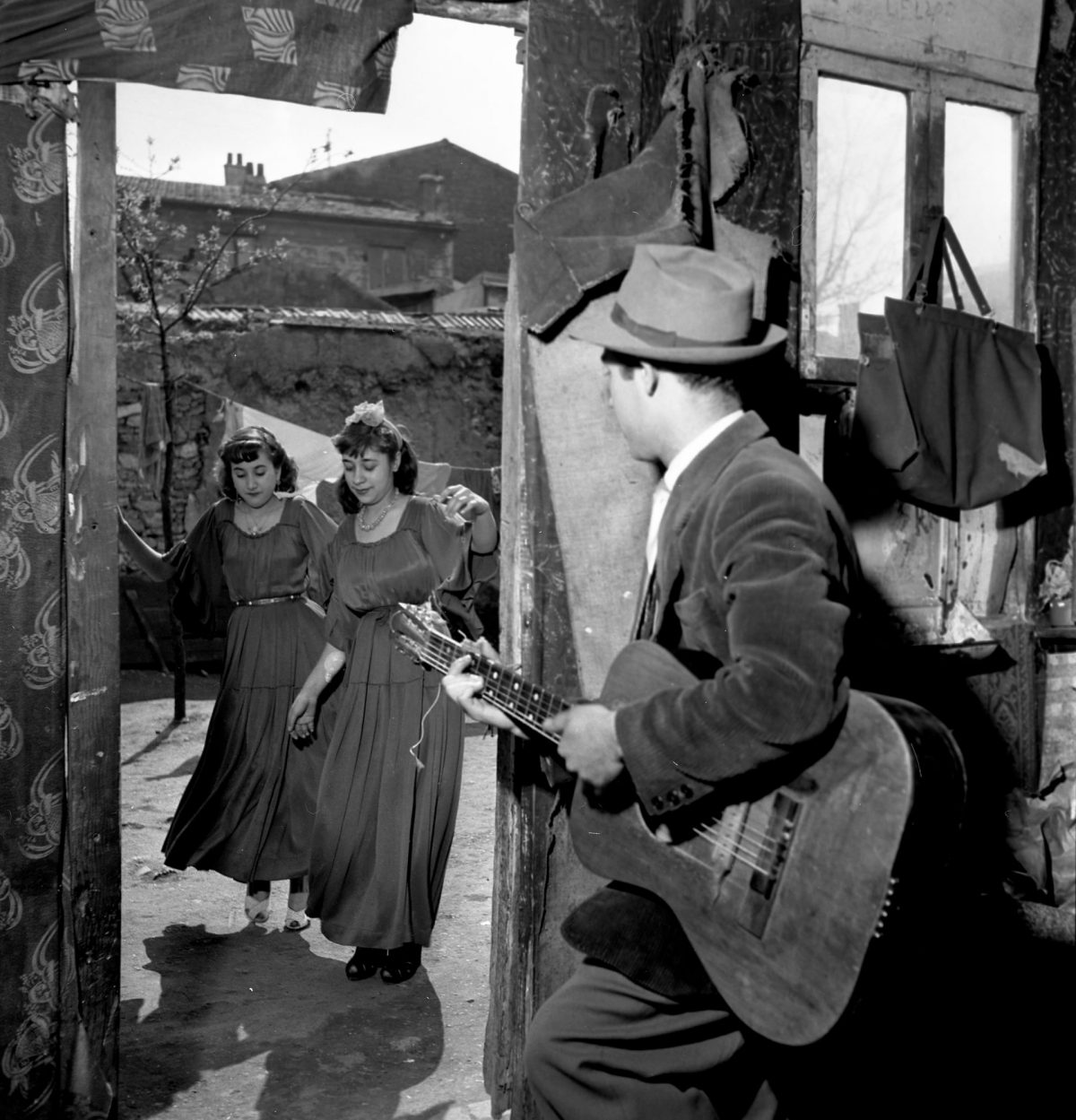 The Gypsies of Montreuil, 1950 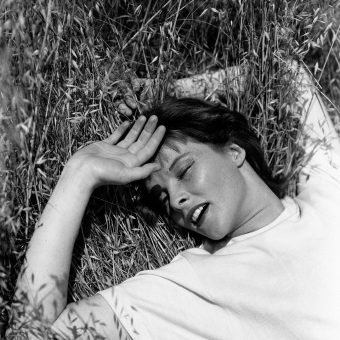